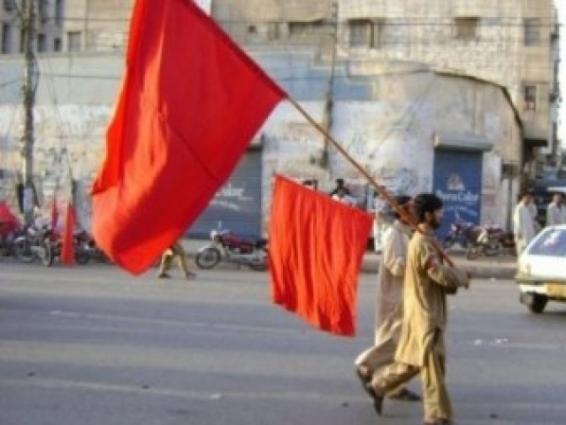 PESHAWAR: A partial strike is being observed in various cities of Khyber Pakhtunkhwa on a call given by tri-party opposition alliance against alleged rigging in the province during last month’s local bodies elections.
The alliance, comprising Awami National Party (ANP), Pakistan Peoples Party (PPP) and Jamiat Ulema-e-Islam (JUI-F), decided to go ahead with strike call after its first round of talks with PTI-led KPK government failed.
The parties are demanding Khyber Pakhtunkhwa government to quit for alleged rigging in the local government elections.
The PTI-led provincial government held a multi-party conference yesterday and set up a committee to negotiate with the opposition alliance. However the opposition parties refused to call back its strike schedule for today.
ANP leader Mian Iftikhar Hussain said that there would be a peaceful protest on Wednesday.
In Peshawar, Charsadda and other cities of KPK, markets remained open, with roads buzzing with public transport as usual, according to Samaa correspondent.