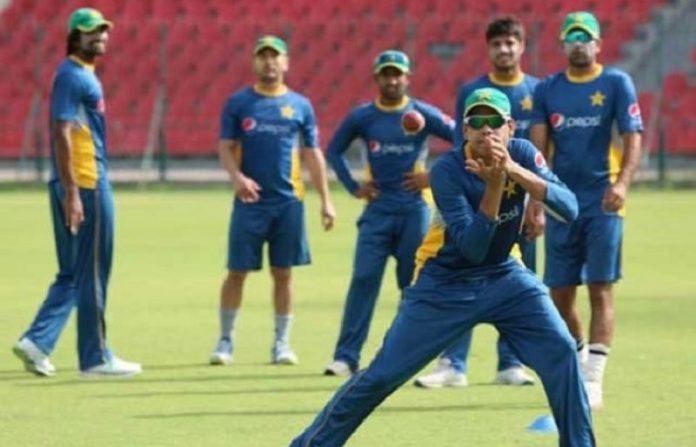 LAHORE: Pakistan Cricket Board has decided to hold a 10 days long training camp, ahead of Asia Cup tournament, to coach players for the tournament. While, players will also going through a fitness test.
Fitness of the players will be examined on August 30 in National Cricket Academy, Lahore. 10 days long training camp for the selected players of tournament will start on August 30.Head coach Mickey Arthur is currently enjoying his vacations in Australia and has given schedules to players for their individual practice. Next challenge ahead for National Cricket team is Asia Cup, which will held between September 15-28 in UAE.
Neighboring rivals, Pakistan and India will be playing against each other on September 19. According to the schedule of the tournament, two matches are scheduled between rival teams of Pakistan and India, while, final match is also expected to be played between these two teams. Group A includes rival teams India, Pakistan and a qualifier team, while group B includes Sri Lanka, Bangladesh and Afghanistan.
Six other teams, including UAE, Nepal, Singapore, Oman, Malaysia and Hong Kong will be competing in August to qualify as the sixth team of Asia Cup.
Inaugural match of Asia Cup will be played between Bangladesh and Sri Lanka on September 15.Pakistan will play its first match against qualifier team on September 16, while on September 18, India will be facing the qualifier team.
First match between the neighboring rivals, Pakistan and India will be played on September 19.According to schedule, second phase of the tournament will start on September 21, between top four teams.
Two matches will be played on September 21, first match between runner-ups of group A and B, while second match between will be played between top scorers of both groups.Both teams of group A will be competing each other on September 23, while both teams of group B will be playing against each other on same day.
Final match of Asia Cup will be played on September 28.