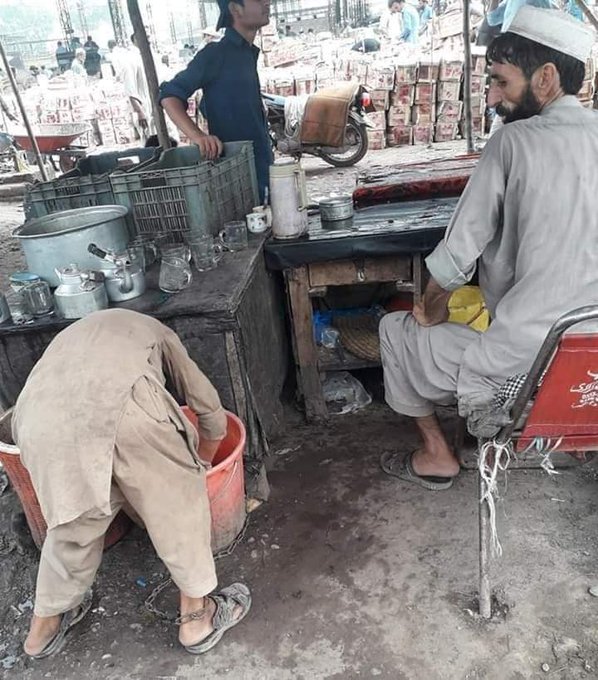 PESHAWAR: Peshawar police has arrested a man, identified as Sardar Khan after a picture of his chained son made rounds on social media.
According to details, Sardar Khan owned a chai shop at the Nasir Pur fruit market in Peshawar and forced his son to work for him. He said he kept the child chained because he was “naughty” and always causing trouble.
SHO Taimoor Khan of the Chamkani police station made the arrest after people on Twitter asked Minister of Human Rights Shireen Mazari and Peshawar Mayor Muhammad Asim Khan to take action.
The son’s father said he was tired of the child’s mischievousness and that the neighbours were always complaining about his behavior. He started bringing the child to work and locked him as soon as they went home in the evening. He started to tie him up with a chain 12 days ago.