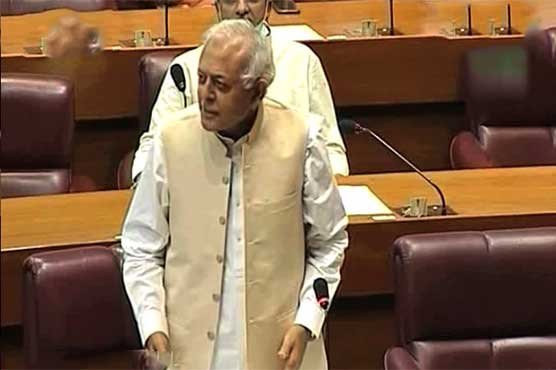 ISLAMABAD: Federal Minister for Aviation Ghulam Sarwar Khan has said that report of PIA Karachi plane crash would be presented in National Assembly (NA) on June 22.
Addressing session of National Assembly, the minister said that damages caused by crash of flight PK-8303 were being assessed and they would be rectified.
Ghulam Sarwar added that identifying victims was a difficult process but 95 out of 97 bodies have been identified. The minister further informed that families of victims were given Rs1 million each, however, some families refused to accept the aid.
Aviation Minister also claimed that 546 people holding fake degrees were hired in Pakistan International Airlines (PIA) due to political biases and even pilots were involved in fake licenses.
The minister further said that government reduced PIA deficit of Rs422 billion to only Rs1 billion. The current deficit of Rs6 billion is due to coronavirus pandemic, he clarified.