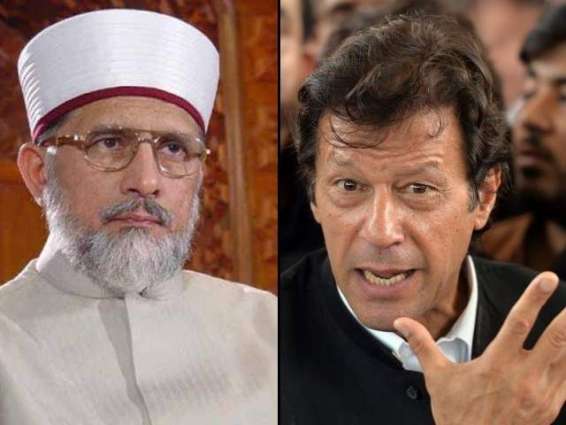 ISLAMABAD: Prime Minister Imran Khan assured Dr Tahir ul Qadri, the Pakistan Awami Tehreek (PAT) leader Thursday that the victims of the Model Town massacre would get justice, a press release from Pakistan Tehreek-e-Insaf (PTI) said.
The prime minister who had a telephonic talk with the PAT leader reiterated his resolve that those responsible for the ruthless murder of innocent workers of the PAT in Model Town, Lahore would get justice.
The police assault outside the residence of Dr Qadri killed 14 people including women and injured around 100 on June 17, 2014. The prime minister said his government was committed to ensure provision of justice for all and said there would be no compromise on it.
He said provision of justice on criminal and civil cases was a priority of his government.
He said the chief minister Punjab needs to ensure that action as per law was taken against all those responsible for the killings and said they need to be removed of their posts so that impartial legal action may proceed.
Dr Tahir ul Qadri discussed the latest developments related to the Model Town massacre following the verdict of the Lahore High Court that rejected request of the PAT to summon 12 parliamentarians including deposed prime minister Nawaz Sharif and former Punjab chief minister Shahbaz Sharif in the case.
Dr Qadri was appreciative of the assurance of prime minister for justice in the case and said he has rekindled hope amongst the families of the victims.
He said the families of those who lost their loved ones would be grateful to the prime minister if justice is done.