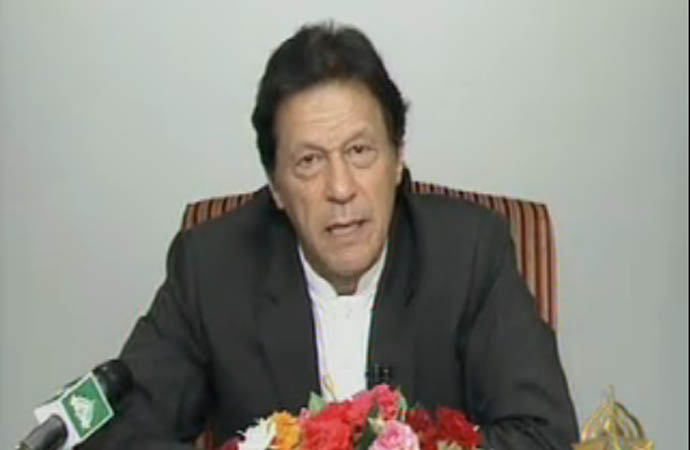 ISLAMABAD: Prime Minister (PM) Imran Khan will address the nation today (Monday) over escalating unrest in occupied Kashmir due to Indian curfew, following abrogation of article 370 and 35A that gave special status to the valley.
According to details, the announcement was made by Special Assistant to Prime Minister on Information and Broadcasting Dr Firdous Ashiq Awan in her tweet.
However, sources told that the address will be on-aired at 5.30pm.
The move came days after occupied Kashmir continues to besiege by Indian forces on 22nd day. Over 10,000 Kashmiris including hundreds of political leaders and workers have been detained. The jails and police stations have run out of space and many detainees have been lodged in makeshift detention centres.
The people of occupied Kashmir have been warned to beware of Indian collaborators who are trying to approach their Indian masters to bring the members of extremist Hindu organisations like Rashtriya Swayamsevak Sangh (RSS) and other Hindutva forces to the territory to enslave Kashmiris and change their demography.
The warning has been issued through posters and handbills by Hurriyat activists. The Indian collaborators have been asked to adopt Hurriyat line and in case they provide any facilitation to Hindutva forces, they would face serious consequences.
The Indian authorities have turned the valley, particularly Srinagar, into a military garrison by deploying thousands of Indian troops and police personnel in every nook and corner.