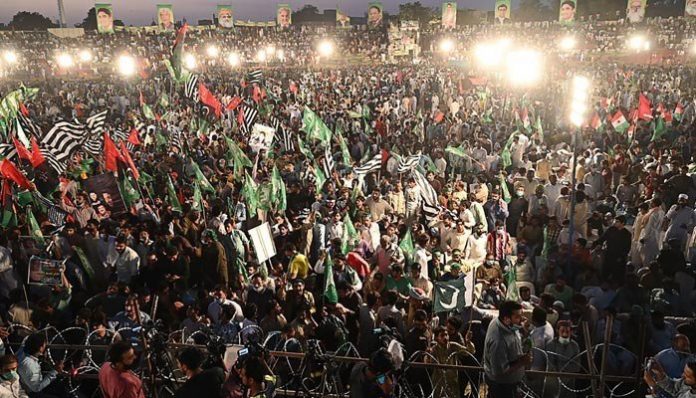 Speaking of the problems the country’s middle-class and poor segments were facing, the PPP chief said Pakistan’s inflation was the highest in the entire region. “We’re fighting historical poverty and inflation. This is the Naya Pakistan,” he said.
Bilawal said PM Imran Khan’s team consists of incompetent and corrupt individuals. The PPP boss vowed to collectively work to similarly end the regime of “selected puppet” premier — Imran Khan.

Maulana Fazlur Rehman, the chief of the PDM and the JUI-F, in his address stressed that the flood of people would wash away the incompetent rulers from Pakistan. “The nation will take back what it entrusted to them,” Fazl said, referring to the PTI regime. “This government has unjustly robbed the nation… It has to do with an illegitimate ruler who has stolen votes.”