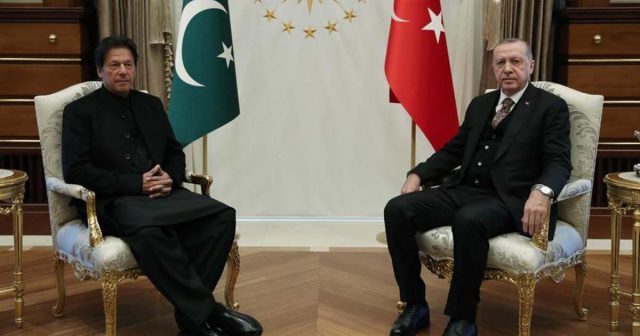 GENEVA: Prime Minister Imran Khan met Turkish President Tayyip Erdogan on the sidelines of the first Global Refugee Forum World in Geneva, local media reported on Tuesday.
According to reports, the prime minister met with the Turkish president and discussed matters related to mutual interests.
The prime minister took Erdogan into confidence over his decision to not attend the conference in Malaysia, added the reports.
The prime minister, who is in Geneva to co-convene the first Global Refugee Forum World, cancelled his scheduled visit to Malaysia under pressure from Saudi Arabia, local media reported.
Media reported that the prime minister apprised his Malaysian counterpart over his non-availability for the summit.