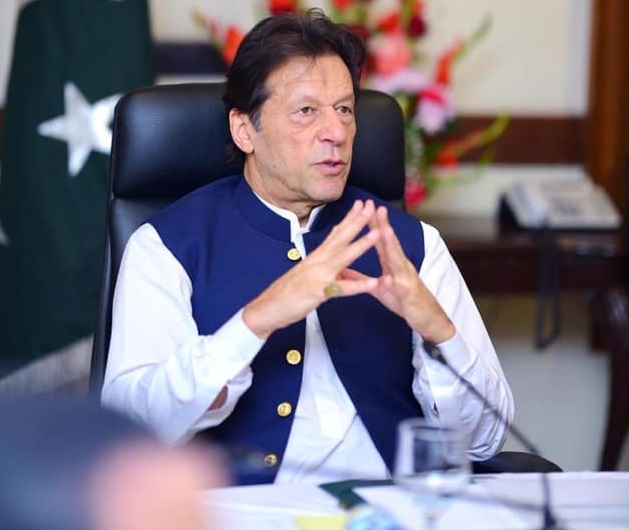 ISLAMABAD: Prime Minister Imran Khan has said that government will release a report on shortage of sugar and wheat vowing that hoarders who have caused this artificial shortage will be strongly dealt with however influential and powerful they may be.
In a meeting yesterday with social media team of Pakistan Tehreek-e-Insaaf, the leader said that he becomes aware of country’s issues through social media. He also said that some problems are occasionally created by his own ministers’ statements if not by the opposition.
He also raised the matter of propagation of Fake news against the government, saying that it was important to verify information on social media before spewing undue criticism against the government. He also announced plans to conduct a social media convention.
The social media members posed questions about bails being granted to opposition leaders from NAB custody and how it could damage the government s narrative. PM Imran ensured the members that justice would be delivered at any cost and the government was comitted to holding corrupt leaders accountable.
The PM ensured that his government was prepared to deal with any crisis and the perpetrators of the sugar and wheat crisis would be held accountable indiscriminately.
Earlier, in a report presented to PM Imran, mismanagement was found to be the basic reason behind recent wheat crisis. According to sources, the report revealed that the wheat crisis was artificial in nature with 2.1 million metric tons wheat still present in the country.