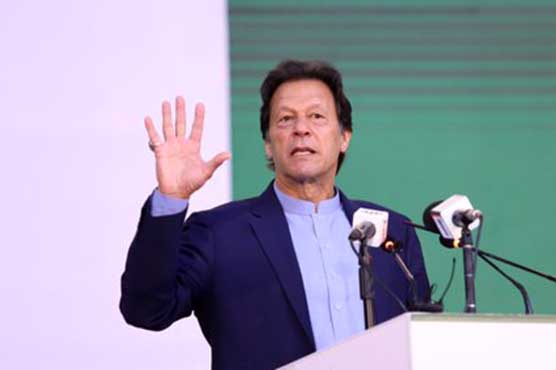 PESHAWAR: Prime Minister Imran Khan on Saturday, while addressing concerns about the resistance being faced by the government in implementing reforms in several sectors, motivated the general public to not worry, and stated that bringing “the change encounters resistance”.
In his address to an association of the Khyber Medical College in Peshawar, the premier remarked that the government would never back down from the reforms it intends to implement. “Pakistan cannot progress without [bringing] change,” he said.
He pointed out that those Pakistani who have been living abroad were “the best talent” of the country.
The premier stated that he had lived abroad for 20 years and so he could understand problems of overseas Pakistanis very well.
“[When] overseas Pakistanis buy plots [in the country], they are snatched [by land grabbers] […] I understand problems,” he said, adding that the government was sincere for resolving issues of overseas Pakistanis.
The prime minister further revealed that the government has been implementing reforms in medical services (hospitals) similar to those in hospitals of other developed countries.
The premier emphasised on the need for improving quality of education in institutions and medical services in hospitals of the state.
“The beneficiaries of the corrupt system are complaining of privatisation,” he asserted, adding that the government wanted to provide improved medical facilities to a common man in government-run hospitals.
He clarified that government was not privatising government-run hospitals but introducing reforms to bring them at par with private sector hospitals.
“The government is facing hurdles in implementing reforms in all sectors, including bringing automation in FBR and tax collection […] we will defeat these mafias.”
He said that the government has been bringing these reforms in hospitals of Punjab as well.
“Not only in health sector, resistance is being faced in other sectors as well […] some government comes in power for just completing its tenure [but] we have come to implement reforms,” he said.
“When I began constructing the cancer hospital, everyone said it could not be built […] I even went to North America for [collecting funds] to build the cancer hospital,” he added.
PM Imran stated that the country would not be able to prosper if its administrative infrastructure were not changed.
“All countries of the region have moved forward, even Bangladesh has acquired more prosperity than us,” he added.
He expressed regret that rights of people living in the tribal areas were neglected in the former governments.
About the imposition of curfew in occupied Kashmir, the prime minister highlighted that India has been violating the international law in the Himalayan valley.
“Modi is following the ideology of Hitler in India […] the BJP is enforcing its ideology on the ideology of RSS,” he asserted, adding that India was being criticised for the first time by international human rights organisations.
He pointed out that citizens of India have been protesting against the Citizenship Amendment Bill, and now there was no way back.
The Prime Minister said in the upcoming year stock market and investment would bring betterment for the general public.