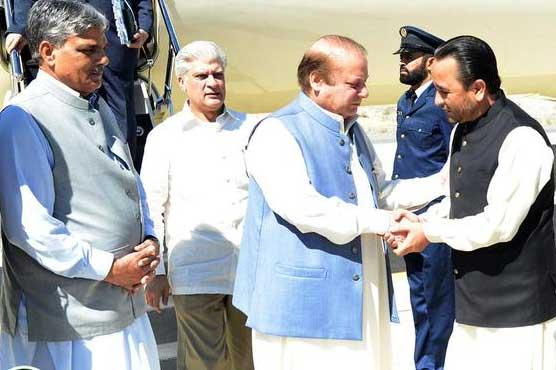 SKURDU: Prime Minister Nawaz Sharif has said the government is committed for speedy uplift of all underdeveloped areas of the country particularly Gilgit-Baltistan.
He was addressing flood affectees at Ghanche in Gilgit-Baltistan on Thursday.
He said the people of the area have always rendered valuable services for the development and progress of Pakistan and the government will never leave alone them in the this critical time.
He said the government will provide all possible resources for the development of these areas with special focus in provision of basic facilities in education and health sectors.
The Prime Minister announced five hundred million rupees for reconstruction of roads in the area.
He also announced compensation of five hundred thousand rupees for each deceased, one hundred and fifty thousand for each injured and two hundred and fifty thousand for reconstruction of houses damaged by the floods.
Referring to China Pakistan Economic Corridor, the Prime Minister said it will greatly benefit this area and help bring a new era of development and progress.
He announced to improve Gilgit-Skardu road and expand it further to Khaploo.
The Prime Minister also distributed relief items among the flood affectees and announced a grant of one hundred fifty million rupees to NDMA to expedite relief activities.