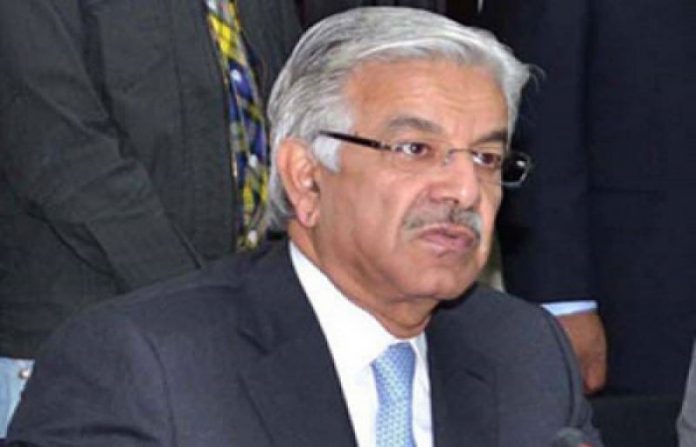 ISLAMABAD: Federal Minister for Defence Khawaja Asif on Thursday said that Prime Minister Nawaz Sharif has presented himself for accountability at every level.
Talking to media outside Supreme Court, Khawaja Asif said that Pakistan Muslim League-Nawaz (PML-N) welcomes court proceeding and its stance over Panama Leaks issue.
He also demanded Pakistan Tehreek-e-Insaf (PTI) chief Imran Khan to provide full details of Zakat and donations.
On the other hand, SC issued notices to Prime Minister (PM) Nawaz Sharif and other parties over the Panamagate petitions seeking premier’s disqualification.
A three-member bench of the Supreme Court, headed by Chief Justice Anwar Zaheer Jamali, took up the five constitutional petitions on Panama Leaks issue.
The judge has remarked that the decision to deem the petitions admissible for hearing will be made after the statements of Attorney General and all the parties mentioned in the appeals.