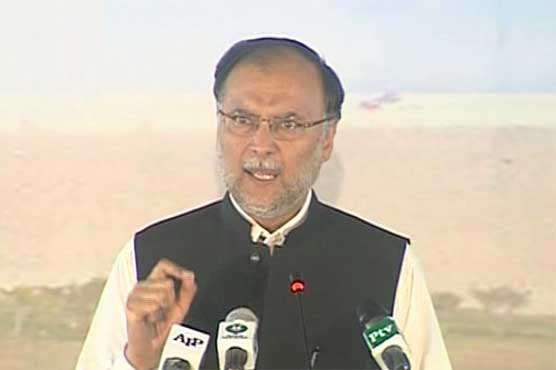 KARACHI: PMLN leader Ahsan Iqbal on Saturday said his party was in no mood to launch a movement against the government.
Speaking to the media, he said the PMLN wants the government to bury under its own mistakes and failures.
“Our only fault was to build CPEC,” he said, adding that the country would have undergone more development if the PMLN had come into power again,” the former planning minister said.
He said many countries were against Pakistan’s progress and a conspiracy was hatched against “our government”.
The PMLN leader strongly criticized the PTI and Prime Minister Imran Khan for their pre-election rhetoric of bringing back 200 billion dollars and not going to the IMF.
Speaking of accountability system, he said the process becomes controversial when it is driven by politics and revenge.
“We will cooperate with the government if it is serious in introducing a system of accountability which should be transparent and beyond political vendetta,” he said.
He called on the NAB chairman to take notice of how the government was vilifying his department to achieve its goals.
“The chairman will have to face criticism if NAB and its activities become controversial,” he said.