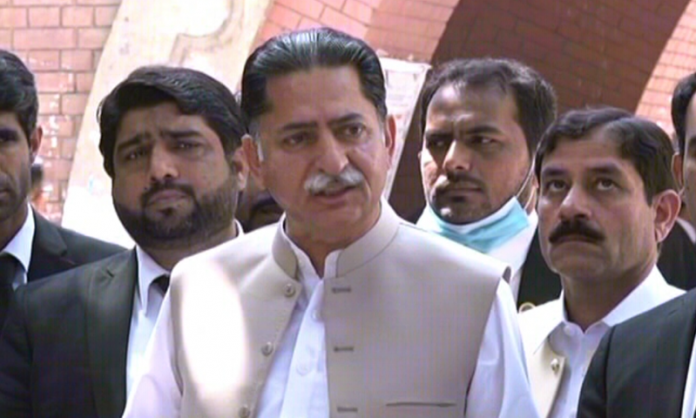 A district and sessions court in Lahore heard the case on Tuesday, in which the prosecutor requested the court to sought the removal of Latif’s release on bail.

The public prosecutor argued that the PML-N MNA’s controversial statement was tantamount to overstepping the bounds of love for his leader. A CD of his statement has been sent to forensics.

The prosecution’s case is in accordance with all the requirements of the law, and at this stage, he does not have a basis to obtain bail, the prosecutor said.

Last month, Latif had made a controversial comment which was deemed “anti-Pakistan” by the government and a case was registered against him. Latif had said that if anything happens to PML-N Vice President Maryam Nawaz, “PML-N will not say Pakistan Khappay (we want Pakistan)”.

Latif’s lawyer said a conspiracy is being hatched to assassinate PML-N Vice President Maryam Nawaz. He said Latif made his comment in the context of this conspiracy.

The court, after hearing the arguments of both lawyers, initially reserved judgment on Latif’s bail application. Shortly after, however, the court dismissed his interim bail.