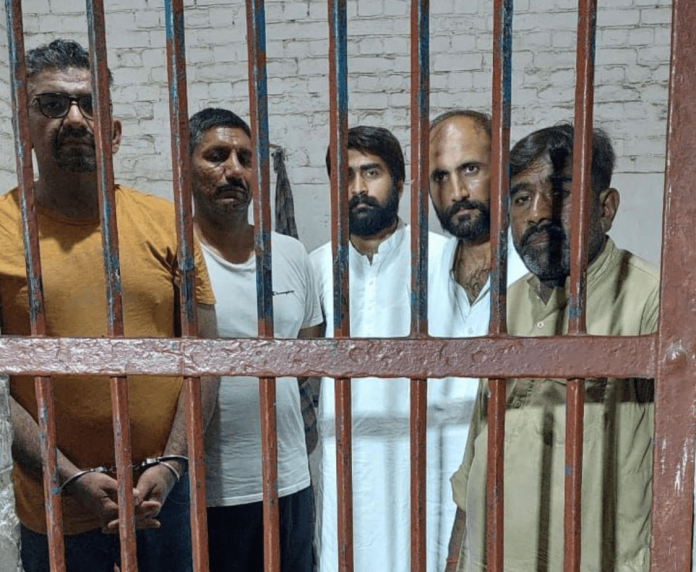 FAISALABAD: The Punjab police have constituted a special investigation committee to probe in the Faisalabad torture incident.

As per the victim statement to the police, Sheikh Danish Ali, his daughter Ana Danish, and their housekeepers have allegedly sexually harassed, humiliated, and tortured.

Videos surfacing on social media that were widely being shared by netizens showed an unidentified female medical student being tortured by the aforementioned accused persons.

Meanwhile, responding to a question during a TV show, CPO Omer Saeed Malik said more facts will be revealed in the course of investigation.

He added that raids were being conducted to arrest the daughter, Ana Danish. The CPO also confirmed that her name will be placed on the Exit Control List.

As a Chairperson, Committee on Human Rights, I took a notice on the Faisalabad's sad incident and have asked IG Punjab to submit a complete unbiased Inquiry Report within three days. I have personally taken up the matter. pic.twitter.com/hz6iPhV92t

In a tweet on Wednesday, Dr Mahreen stated that she has personally taken up the matter with the relevant authorities.

Meanwhile, the head of Prime Minister’s Strategic Reforms Salman Sufi said he spoke to CPO Faisalabad about the incident.

“The bail hasn’t been granted, and the accused is still under arrest,” he said, adding that “There is no tolerance for such abuse and the case shall continue until the accused is duly prosecuted.”

Have just spoken to CPO Faisalabad. The bail hasn’t been granted and accused is still under arrest.

There is no tolerance for such abuse and the case shall continue until the accused is duly prosecuted. #justiceforkhadija #Faisalabad https://t.co/fJOYGxcTp5