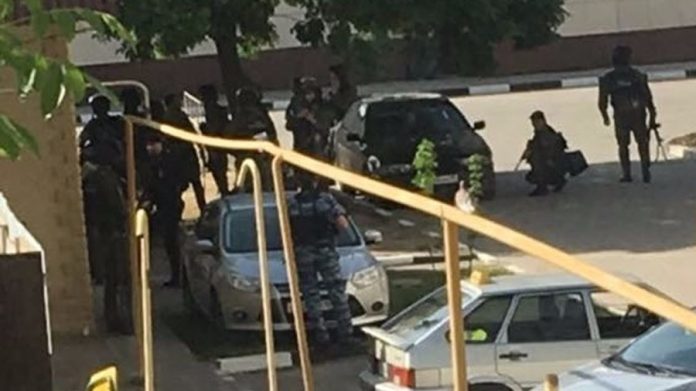 MOSCOW: An attack on an Orthodox church Saturday in the mainly Muslim southern Russian republic of Chechnya killed two policemen and a civilian and left four rebels dead, officials said.
“According to early information, two policemen in charge of security at the church … and a civilian were killed,” the officials said. They added that “four rebels have been eliminated” while two other policemen were hurt.
They also indicated a knife and a gun were found on the attackers behind the assault targeting the Archangel Michael church in central Grozny, and said police had prevented “more serious consequences and a larger number of victims.”
Chechen President Ramzan Kadyrov had earlier told Russian news agencies that rebels acting “on the orders of a Western country” were seeking “to take believers hostage” in a troubled republic where Russia has fought two fierce wars with separatists over the past 20 years. – APP