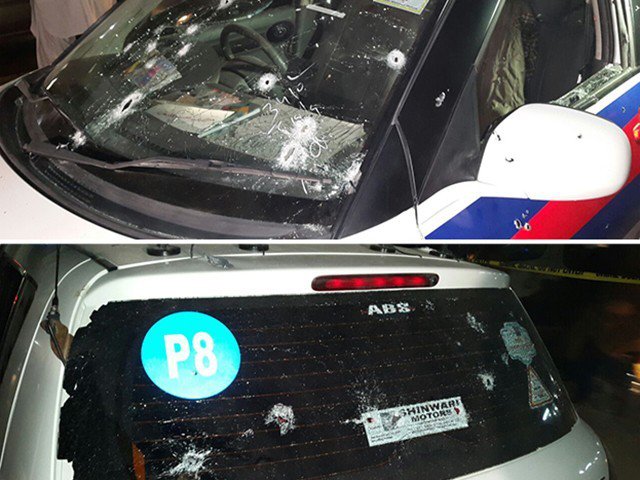 PESHAWAR: A policeman was killed, and two others injured as unidentified militants targeted a police patrolling vehicle on Peshawar’s Ring Road here on Monday.
The van of Peshawar police’s City Patrol Unit came under indiscriminate firing in the jurisdiction of Paharipara police station.
“A vehicle of the newly raised City Patrol Force was attacked by unidentified terrorists near MMC Hospital,” a police official said. “I can confirm one casualty and two injuries.”
The incident came less than a week after three officers of the Frontier Constabulary were killed and five others injured when an improvised explosive device detonated during a funeral in Bashirabad area of the city.
Tehreek-e-Taliban Pakistan (TTP) splinter group Jamaatul Ahrar claimed responsibility for the attack in an email sent to the media.