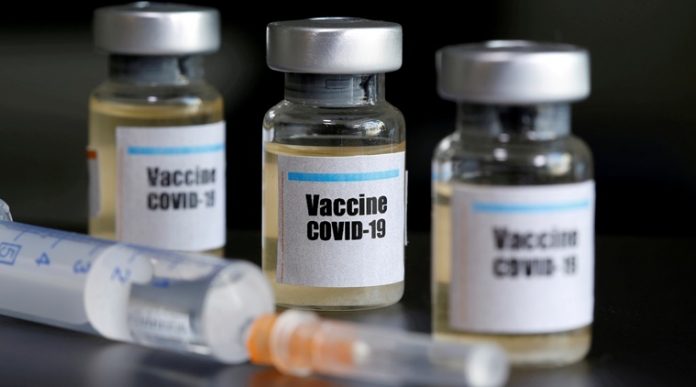 ISLAMABAD: Potential coronavirus vaccine being developed by researchers at the University of Oxford could be up for release as soon as October, according to a leading scientist.
Professor Adrian Hill, the director of the Jenner Institute at the University of Oxford, said the experimental COVID-19 vaccine has shown very good results in chimpanzees and has moved to the next phase of human trials.
It has been said that the vaccine ChAdOx1 nCoV-19 developed together with pharmaceuticals group AstraZeneca is on the fast track for release.
Researchers said that the vaccine was already being tested on volunteers in Brazil and the reports thus far had been positive.
Mhlongo aged 24, a resident from Soweto has become the first South African to be injected with the vaccine and is one of about 2,000 South Africans who will take part in the trial.
According to Oxford, more than 4,000 participants are enrolled for clinical trial in Britain, with another 10,000 due for recruitment.
“This vaccine has shown very good results in trials with chimpanzees, and has already moved on to the next phase of human trials. One of its advantages at the beginning was to demonstrate in previous tests that similar inoculations, including one last year against a previous coronavirus, were harmless to humans,” said Dr Hill.