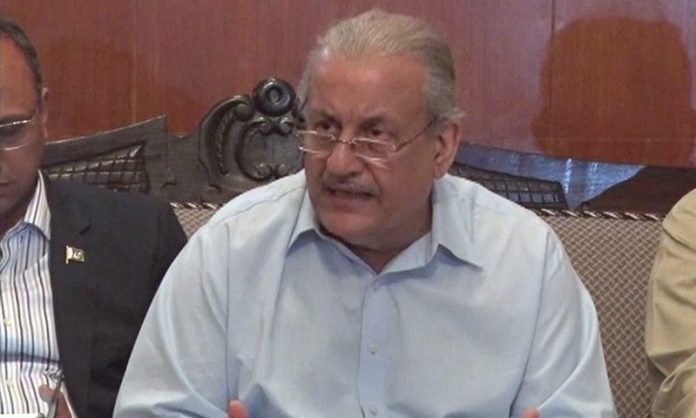 KARACHI: Pakistan People’s Party (PPP) on Friday demanded federal government resign and hold new election in the country.
Speaking at a press conference, Senator Raza Rabbani said bad governance has led to worst economic condition in Pakistan.
He said the federal government’s move to take Karachi under its control would be illegal and unconstitutional.
The PPP stalwart said invoking of article 149 would be the first step towards separation of Karachi from Sindh.
The Senator said people of the province will not let anybody divide Sindh.
Rabbani said any such move on government’s part would be dangerous for the country.
Government has faced severe backlash from PPP after Law Minister Farogh Naseem said the centre can take Karachi under its direct control by invoking Article 147.
The PPP also raised the issue in the National Assembly on Friday where Foreign Minister Shah Mehmood Qureshi assured them that nothing of the sorts is going to happen in Sindh.
The minister,however, criticized PPP chairman Bilawal Bhutto Zardari for his reaction on law minister’s statement.