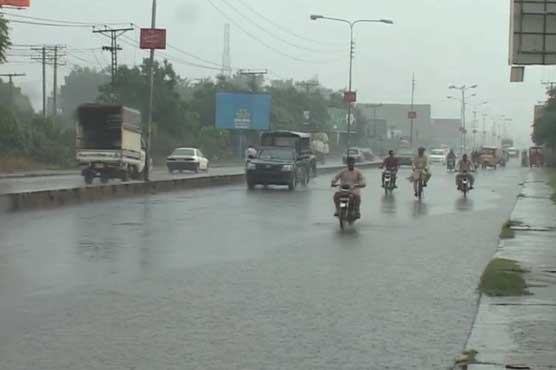 ISLAMABAD: After suffering from a long spell of severe heat, Pakistan Meteorological Department has predicted pleasant weather at Eid ul Fitr with the advent of Pre-monsoon from Saturday, giving a sigh of relief to the nation with a three-day wet spell.
The scattered rainfall of light to moderate intensity, would likely to occur in upper Punjab, central Punjab, at Faisalabad, Sargodha, Lahore, Gujranwala, Rawalpinid, Khaber Pakhtunkhwa, Gilgit-Baltistan and Kashmir from Saturday to Monday.
Spokesman Met office, Dr Khalid Mahmood Malik, told APP that three to four rain spell are expected from Mid June to end of the month under the Pre-monsoon current which would likely to be followed by start of monsoon without any observable break.
He further informed that this year the rainy season may be divided into two parts, adding, during the first one, more rains are expected while in the second half less wet spells may occur in the country.
“Despite previous years pattern of below average rains during monsoon, this year slightly above normal rainfall is forecast during the first half of the season in Northern parts of the country while normal in Southern parts”, he briefed.
However, in the second half, normal to slightly below normal rains may hit Northern parts while below average spell in southern parts are predicted according to initial forecast.
He also informed that no heat spell is likely in Karachi and adjoining costal areas in the next month of July as the temperatures would not exceed above 40 degree. – APP