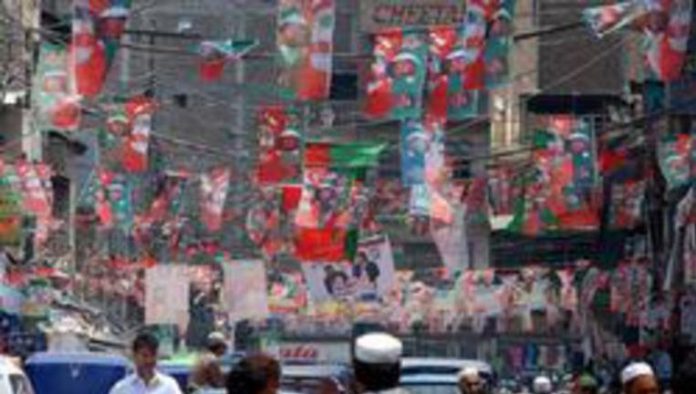 ABBOTTABAD: Preparations for upcoming general election gained momentum in all across Hazara division where most of the national and provincial assembly ticket lineup has completed by major political parties.
Candidates have sped up their movements, corner meetings, and door to door campaign for their respective union council’s.
Ali Khan Jadoon PTI candidate for NA-15 Abbottabad I, Murtaza Javed Abbassi PML-N candidate for NA-16 Abbottabad II, Omer Ayub PTI candidate for NA-17 Haripur and Babar Nawaz Khan PML-N candidate have started full-fledged election campaign in their constituencies.
The enthusiasm of the candidates and their supporters have also reached the peak, streets, nazaars and buildings are decorated with the stickers, banners and posters of candidates.
Pakistan Tehreek-e-Insaf (PTI), Pakistan Muslim League (PML), and Jameet Ulema-e-Islam (JUI-F) are more active as compared to other political parties in all districts of Hazara division.
In Hazara division, PML-N, PTI, JUI-F, ANP, JI, and TSH have awarded tickets for national and provincial assembly seats but on some of the provincial and national assembly seats both PTI and PML-N are still deliberating for grant of the ticket.
PML-N get a major setback after withdrawal of ticket by former governor KP and leader of PML-N Sardar Mehtab Ahmed Khan for his son for NA-16.
The main printing press market in Abbottabad have closed booking for any sort of printing due to the rush of work and timely delivery of their materials.
Many vendors from Punjab have reached Abbottabad with complete printing machinery to fill the gap of the local market.