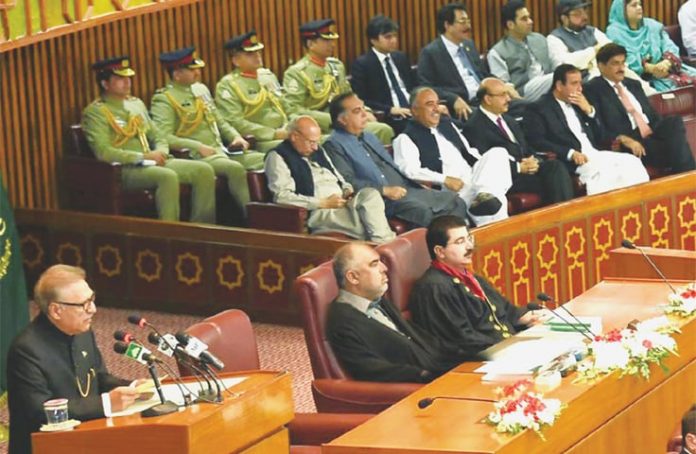 ISLAMABAD: President Arif Alvi has summoned a joint session of the parliament on August 30 when he will address lawmakers, a statement from the National Assembly Secretariat’s media wing said on Monday.
The session will be held at Parliament House at 5pm on Aug 30 — which will mark the beginning of the new parliamentary year.
A National Assembly session has also been summoned by President Alvi and will begin at 4pm on September 2, the statement added.
The National Assembly completed its first parliamentary year on August 12. According to a report by Dawn on July 29 — when a planned session was prorogued by the president — more than 50 government and private members’ bills are lying pending before the house committees, which were constituted by Speaker Asad Qaiser after an inordinate delay due to a controversy over chairmanship of the most-powerful Public Accounts Committee.