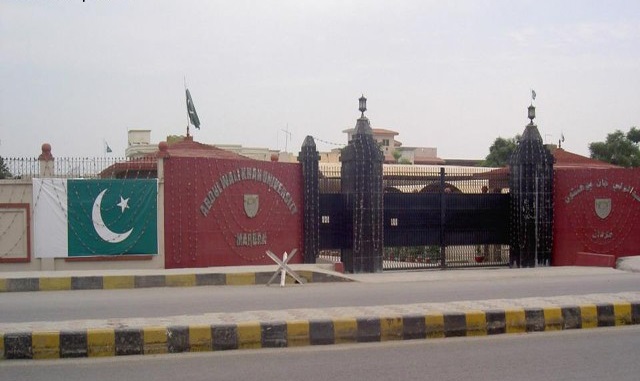 MARDAN: Professor Dr. Jehanzeb Khalil has been appointed as pro Vice Chancellor Abdul Wali Khan University Mardan, the Khyber Pakhtunkhwa Higher Education Commission (KP-HEC) said in a statement here on Friday.
Following the appointment of pro VC the Mardan University is likely to reopen next week as the Mardan police had cautioned that the university will be reopened only after the appointment of VC.
According to a statement released by KP Higher Education Commission, KP Governor Iqbal Zafar Jhagra has approved the appointment of Prof Dr Jehanzab Khalil as pro VC AWKUM.
A notification has also been issued regarding the appointment of Prof Dr Jehanzeb Khalil as Pro VC AWKUM.
Meanwhile, sources said that the Abdul Wali Khan University campuses in Peshawar, Chitral, Timergara and Buner are expected to reopen in the upcoming week. Whereas, the Mardan Garden Campus is also expected to reopen during the coming week.