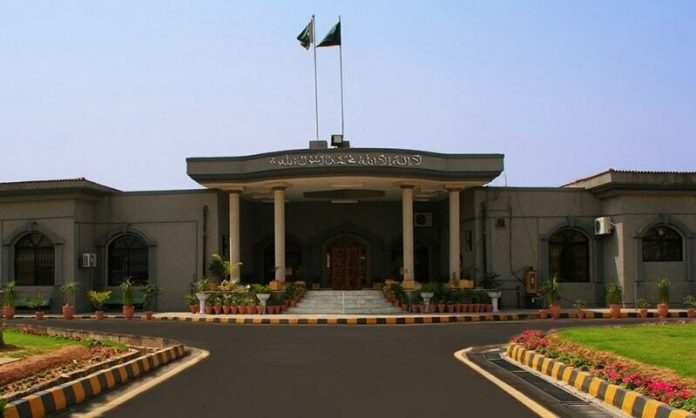 The Pakistan Tehreek-e-Insaf (PTI) petition against the Election Commission of Pakistan’s (ECP) fact-finding report in the matter involving prohibited funding case was accepted by the Islamabad High Court (IHC) on Thursday. The IHC also sent a pre-admission notice to the ECP.

The notice urged the ECP to decided on the admissibility of the petition submitted by PTI against the prohibited funding case.

A five-member bench of IHC further adjourned the hearing till August 24 and the ECP is due to present its arguments on that date.

While representing PTI at the hearing on Tuesday, Barrister Anwar Mansoor and Faisal Chaudhry informed the IHC that challenged fact-finding report of the ECP since it was not necessary to disclose the accounts of the party for a number of reasons.

“The money went to accounts of provincial governments hence there was no need for a money trail,” he said. Mansoor held the view that show-cause notice should not be issued to PTI.

“Data obtained from the SBP reveals that all the 13 accounts disowned by PTI were opened and operated by the senior PTI management and leadership at the Central and Provincial levels.

He stated that the ECP is a constitutional administrative body created for carrying out fair and free elections and for purposes as required under the constitution and the statutes.

The PTI contended that the ECP has passed the impugned fact-finding report based on incorrect facts, flawed application of law, beyond its jurisdiction and in an unreasonable, irrational, bias manner.