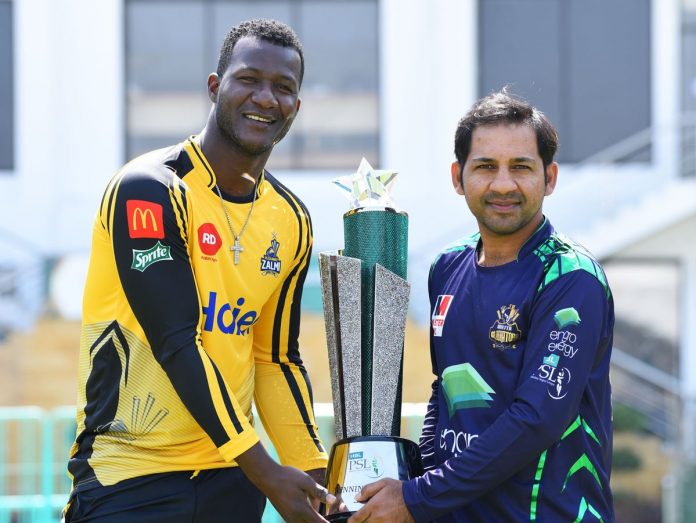 KARACHI: Quetta Gladiators captain Sarfraz Ahmed and Peshawar Zalmi skipper Darren Sammy posed with the HBL Pakistan Super League trophy at the National Stadium Karachi on Saturday.
The finalist captains posed and lifted the trophy in a picture shared by PSL on their official twitter handle.
Addressing a news conference, Darren Sammy termed PSL ‘one of the best leagues of the world’.
He specially mentioned the enthusiasm of the crowd in Pakistan and welcomed the cricket lovers in such huge number.
Sammy also took to twitter earnestly desiring to win the trophy.
Speaking to media, Sarfraz Ahmed hoped that next edition of PSL would be played in Pakistan.
Quetta and Peshawar are set to lock horns in the final on Sunday.