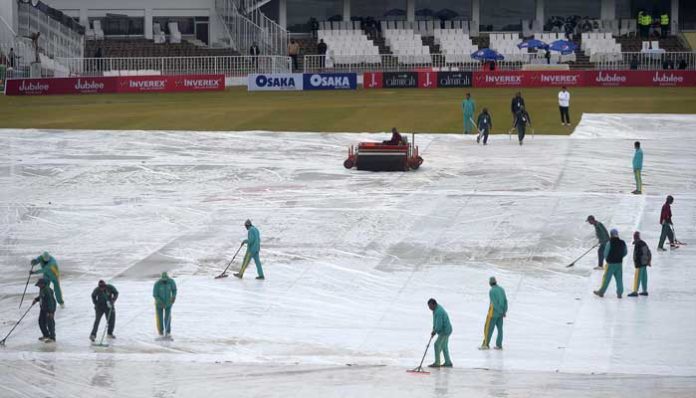 KARACHI: The Pakistan Super League (PSL) season five matches in Rawalpindi and Lahore might be affected as the met Office has forecasted widespread rain with wind or thunderstorm across the country from Thursday till Saturday.
According to sources, during this period, five matches are scheduled which means the matches are likely to be shifted in Karachi.
Peshawar Zalmi, Islamabad United, Lahore Qalandars, and Quetta Gladiators have two matches each whereas Karachi Kings and Multan Sultans have a single match each during this period.
It must be noted that last week, two matches were affected by rain. The match between Zalmi and Qalandars was reduced to 12 overs. The following day, the match between Zalmi and United got abandoned completely due to heavy rain.
Widespread rains with thunderstorms are forecasted in Punjab and upper parts of the country from Thursday till Saturday.
Two PSL matches have already been impacted due to inclement weather, including a complete washout between Islamabad United and Peshawar Zalmi and a 12-over match between Peshawar Zalmi and Lahore Qalandars.
Both, Lahore and Rawalpindi, are hosting two matches each during the period. It remains to be seen whether the matches are rescheduled or not, however, it is highly unlikely since it presents great logistical challenges as well to move the matches on such short notice.