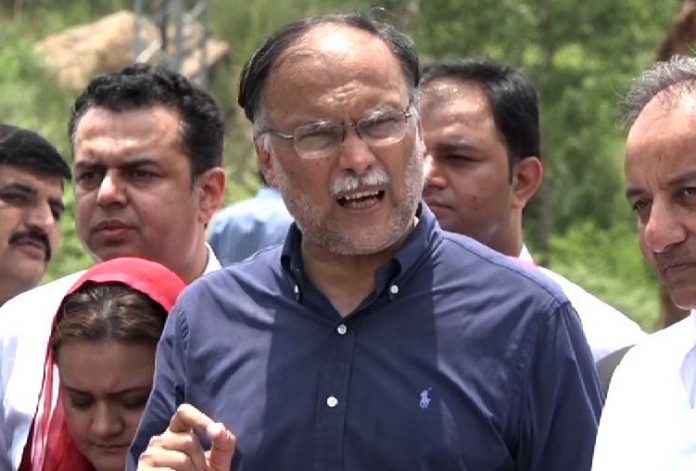 LAHORE: Senior leader of Pakistan Muslim League Nawaz (PML-N) Ahsan Iqbal said government is abusing opposition on one hand and offering dialogue on other hand. He said this government has to go as opposition is using its constitutional, legal and democratic right of holding protest against this incompetent government.
Secretary General of PML-N said the incumbent government has become a matter of national security. He said how can those object on sit in who once themselves held sit in federal capital.
He said Imran Khan first should apologize on his sit in as school remained close during 126 days sit in and visit of Chinese president was cancelled due to the situation.
He said government is hiding its incompetency as it has nothing to deliver, adding that entire country is calling PM Imran incompetent. He said people from all walks of life would participate in the protest against this government.
PML-N spokes Marriyum Aurangzeb said nation has took notice of incompetency of PM, adding that economy would be on right track after resignation of PM Imran.
She said lack of economic plan and vision is the main reason behind the disaster of economy.