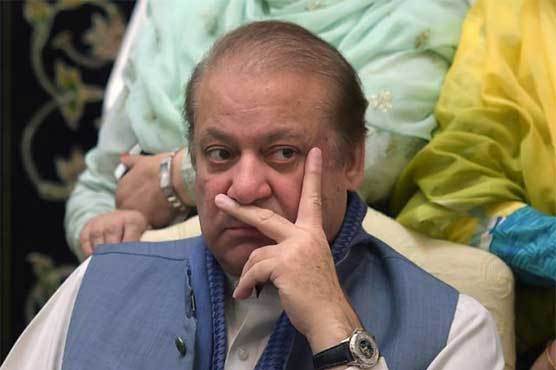 LAHORE: The Punjab Cabinet on Tuesday has refused to extend the bail of former prime minister Nawaz Sharif, who is currently in London for medical treatment.
While addressing the press conference, provincial law minister Raja Basharat said the extension in bail period cannot be granted on medical and legal grounds.
The recommendation of the Punjab cabinet will be forwarded to the federal cabinet, he added.
The minister told that Nawaz Sharif has not been admitted to any hospital yet for proper medical treatment. He said medical board held several meetings and examined the medical reports of Nawaz Sharif which were provided before departure.
He said after rejection of extension, the bail granted to the former Prime Minister will ultimately be cancelled.
Speaking on the occasion, Minister for Health, Dr. Yasmeen Rashid said the issue of the extension in the bail of Nawaz Sharif will be decided by the court.
She said that Nawaz Sharif has failed to produce any medical report to justify his request for extension in bail.
Meanwhile, provincial minister Fayaz-ul-Hassan Chohan said that the decision of the extension in the bail of Nawaz Sharif cannot be made on his desire.