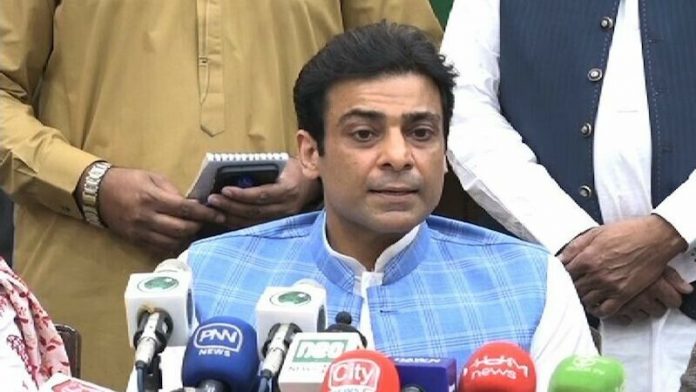 Punjab Chief Minister Hamza Shahbaz has said the provincial government will bear the electricity cost of households that consume up to 100 units of electricity in a month.

Addressing a press conference on Monday in Lahore, he said the government has set aside Rs100 billion for the relief program that will benefit at least nine million households.

The program will apply to households that consumed up to 100 units per month in last six months, the chief minister added.

Shahbaz recalled how he went to jail for the first time during his days at the Government College in Lahore.

The incumbent Punjab CM called out to save the public from inflation and improve the country’s economy.

“When PML-N government completed its tenure in 2018, wasn’t the growth rate above 5%?” he questioned.

Taking a jibe at former prime minister Imran Khan, Hamza said he would not make statements like he will commit suicide if he has to go to the IMF.

He told the media that the public is tired of hearing the same old slogans of thieves and dacoits. “The public just wants relief somehow.”

Hamza went on to say that for the past three months, political gimmicks have been doing the rounds on social media. “My journey has been filled with the law and constitutional crisis,” he said. “Sometimes the chief minister’s election is adjourned three to four times. Then there is an attack on the deputy speaker while the President keeps rejecting summaries.”

It is pertinent to mention to here that government had announced increase  in electricity cost per unit.