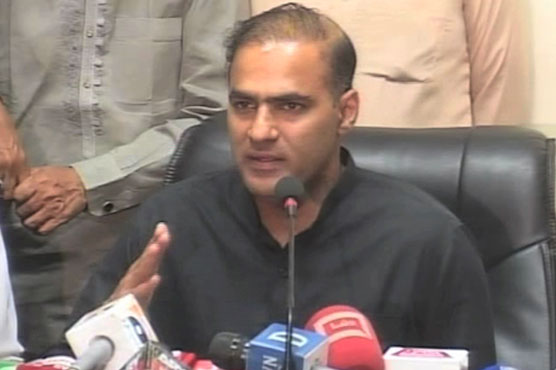 KARACHI: Minister of State for Power Abid Sher Ali on Thursday has demanded to raid Zardari House to recover former Malir Senior Superintendent of Police (SSP) Rao Anwar.
Talking to media, Abid Sher Ali said the peace in Karachi is due to the efforts of ex-prime minister (PM) Nawaz Sharif, adding that the time has come to bring Sindh leaders under accountability. Nation’s money was laundered by model girl Ayyan Ali, he stated.
Talking on the verdict announced by Supreme Court (SC) regarding PML-N former leader Nehal Hashmi, the minister said that Nawaz Sharif had suspended his membership on the day he used abusive and threatening language against judiciary.
Earlier today, SC sentenced Senator Nehal Hashmi to one month in prison over contempt of court case against him after which he was taken into custody.