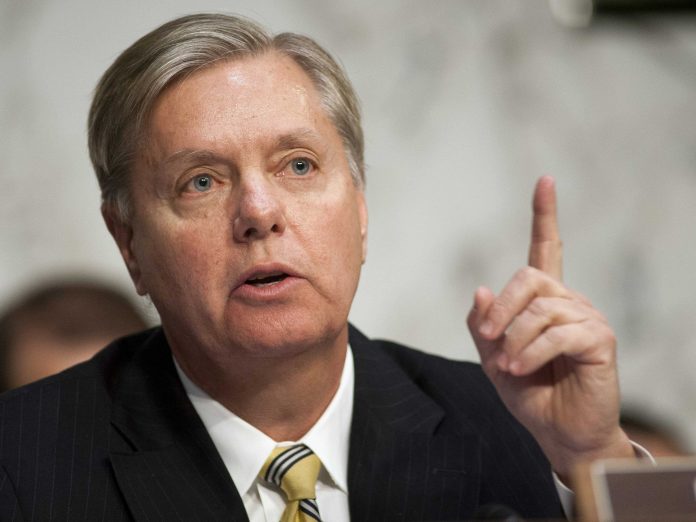 WASHINGTON: Ranking US Senator Lindsey Graham has lauded Pakistan’s efforts to eliminate terrorism during a meeting with Pakistan’s Ambassador to the United States, Aizaz Chaudhry here.
Ambassador Chaudhary called on the Senator and briefed him on Pakistan’s effective and successful counter terrorism campaign and its enormous strides in the economic domain.
Appreciating Pakistan’s efforts to eliminate terrorism, Senator Graham underscored the need for close cooperation towards regional stability.
Ambassador Chaudhry have met several US lawmakers in recent weeks to highlight Pakistan’s sacrifices in the fight against terrorism. In his meeting with them, Ambassador Chaudhry has underlined the role Pakistan had been playing as the frontline state in the war against terrorism and the staggering cost it had paid in terms of loss of precious lives.
The government is fully committed to root out the menace of terrorism and as a result there has been a significant improvement in security and economic situation in the country that is helping create new economic opportunities and attracting foreign investors from all over the world.
A Congressional group that met the Ambassador recently expressed the strong commitment to strengthen ties between Pakistan and the United States, while acknowledging sacrifices rendered by Pakistan in the counter terror fight. – APP