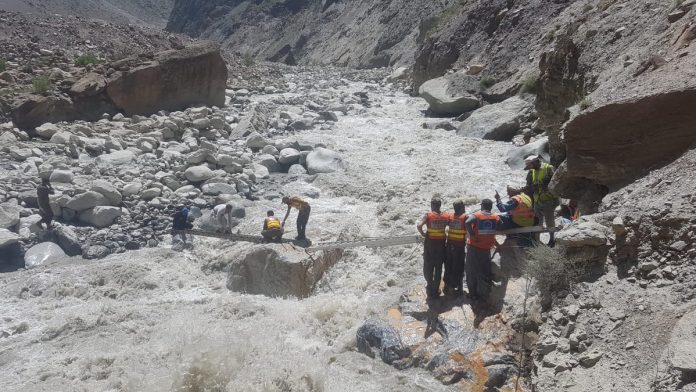 CHITRAL: Relief operation is in full swing in Golen area of Chitral which was affected by recent flood.
According to Provincial Disaster Management Authority, one-ton food items have been distributed among the affectees.
Twenty-two patients have been shifted to the District Headquarters Hospital Chitral through Pak Army helicopters.
Efforts are underway to restore traffic on the road damaged by flood.
Teams of Pakistan Army, district administration and Rescue 1122 are participating in the relief operation.