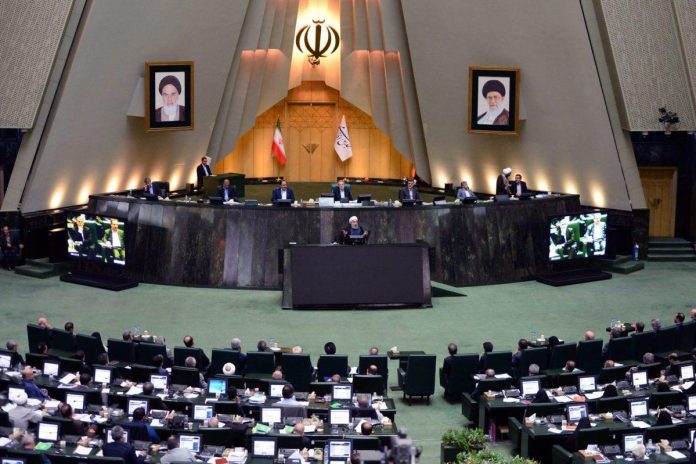 TEHRAN: A resolution supporting Kashmiris’ struggle in occupied Kashmir has been presented in Iranian parliament which stated the responsibility of all Muslim countries to the Kashmir.
According to KMS, a member of the Iranian parliament, Ali Mathari, presenting the resolution said that all the Muslim countries including Iran had an important responsibility regarding the oppressed Kashmiri Muslims and the Kashmir dispute. He said Iran could not remain dissociated from the fate and destination of Muslim Ummah. He said that ending special status of Kashmir was an important matter and the Muslim countries should support the people of Kashmir in this hour of trouble. The people of Kashmir, he added, are innocent and India is cruel because it is violating the legal rights of the Kashmiris.
Meanwhile, a US-based organization, Genocide Watch, has issued an alert urging the members of the United Nations to warn India against committing genocide in Indian occupied Kashmir. The watchdog, created to predict and prevent genocide and other forms of mass murder, in a statement issued in Washington asked the international community to prevent the impending genocide in occupied Kashmir. The organisation also gave a list of risk factors for genocide that are early warnings of massacres in the occupied territory and they include prior genocidal massacres and continuing impunity for such killings, continued armed conflict between India and Pakistan over Kashmir, an exclusionary ideology of Hindutva by Modi led government, communication blackout and cut-off of the territory with rest of the world and widespread violations of basic human rights.
UN human rights experts, today, called on India to end the crackdown on freedom of expression, access to information and peaceful protests imposed in occupied Kashmir. The experts expressed concern that the measures, imposed after the Indian Parliament revoked the Constitutionally-mandated status of Jammu and Kashmir, would exacerbate tensions in the region. They said the shutdown of the internet and telecommunication networks, without justification from the Indian government, are inconsistent with the fundamental norms of necessity and proportionality. They added that the blackout was a form of collective punishment of the people of Jammu and Kashmir, without even a pretext of a precipitating offence.
The Kashmir Council Europe organized a sit-in in Brussels against the Indian brutalities in occupied Kashmir. The protest was attended by a huge gathering including the Europe-based Kashimris, Pakistanis and their sympathizers.
Meanwhile, Kashmiri political activist, Shehla Rashid, speaking to media persons in New Delhi has asserted that she stands by her comments about human rights violations in occupied Kashmir. She said she will give the evidence when an inquiry is constituted. She said there’s torture… gross human rights violations happening in Kashmir. Earlier, in a series of tweets, Shehla Rashid had said that the Indian army was indiscriminately picking up men, raiding houses and torturing people in Kashmir.