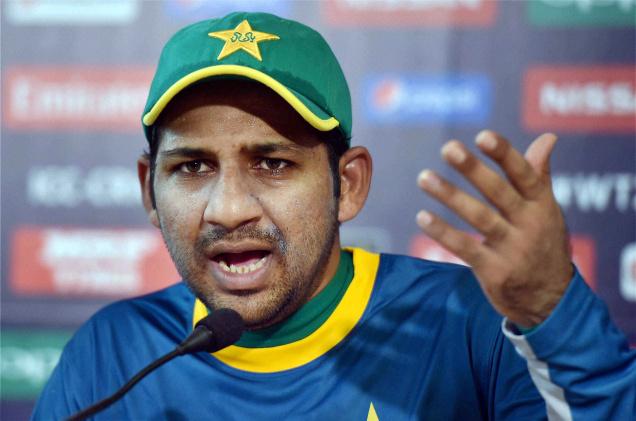 KARACHI: Pakistan cricket team captain Sarfraz Ahmed on Saturday vowed that the green shirts will perform well against India in the Asia Cup.
“We will perform our best against India in Asia Cup,” Sarfraz said while speaking to the media during an Independence Day event in Karachi.
“We will go well-prepared to play against India,” he added.
Further, the wicket-keeper batsman said, “It will be our first match against India after the Champion’s Trophy final.”
The upcoming Asia Cup encounter between Pakistan and India on September 19 is likely to be rescheduled after the Board of Control for Cricket in India (BCCI) demanded a change in the fixture dates.
As per the present schedule, India will play back-to-back matches on September 18 and 19, with the game against Pakistan taking place at the Dubai International Stadium on September 19.
The 14th edition of Asia Cup was already marred with controversy after the tournament was moved from India to the United Arab Emirates on Pakistan’s request.
The Asia Cup will take place in Dubai and Abu Dhabi from September 15 to 28, with Sri Lanka taking on Bangladesh in the opening match.