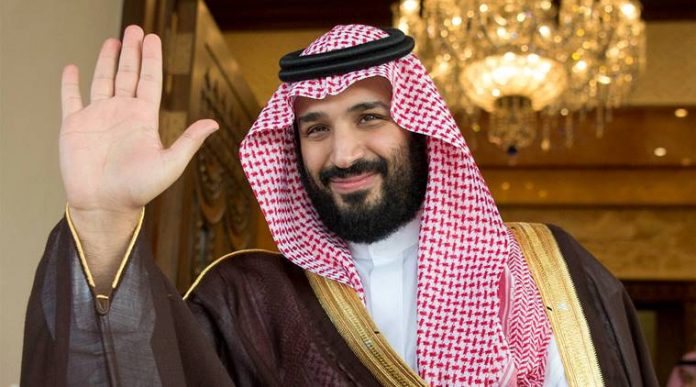 ISLAMABAD: Crown Prince of the Kingdom of Saudi Arabia Muhammad bin Salman arrives in Islamabad on a two-day official visit to Pakistan on Saturday on the invitation of Prime Minister Imran Khan.
The Crown Prince will be accompanied by a high-powered delegation including members of the Saudi Royal family, key ministers and leading businessmen. This will be the first state-level visit of the dignitary to Pakistan since his elevation to the position of the Crown Prince in April 2017.
During his visit, Crown Prince Muhammad bin Salman will call on the President. He will also meet the Prime Minister and the Chief of Army Staff. A delegation of Pakistan’s Senate will also call on the Crown Prince to discuss ways to enhance parliamentary cooperation between the two countries.
The Saudi Ministers accompanying the Crown Prince will meet their counterparts to discuss bilateral cooperation in their respective fields. The businessmen of the two countries will also meet to discuss opportunities of collaboration in private sector.
During his stay, Pakistan and Saudi Arabia will be signing a number of agreements and MoUs in diverse sectors, including investment, finance, power, renewable energy, internal security, media, culture and sports.
The two countries will also discuss ways and means to develop a robust follow-up mechanism to ensure effective implementation and quick progress on tangible areas of cooperation.
The visit of Crown Prince Muhammad bin Salman is expected to significantly enhance bilateral ties between the two countries in all spheres of cooperation.