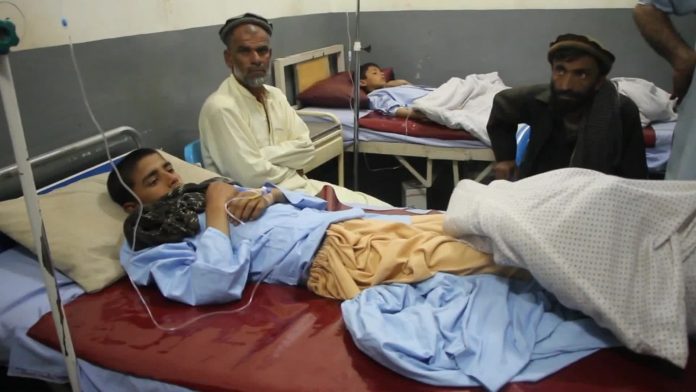 JALALABAD: At least seven children were killed and eight others wounded when an unexploded ordnance detonated in the eastern Laghman province late on Sunday, a local official said.
Provincial governor’s spokesman Assadullah Dawlatzai told Ariana News that the incident took place while the children were playing outside their houses in Basram area in Mihtarlam city, the capital of Laghman province.
He added that the injured victims were taken to the hospital and are in a stable condition.
According to the official, the ordnance hit the children was fired by the Taliban militants over a security outpost and it remained unexploded.