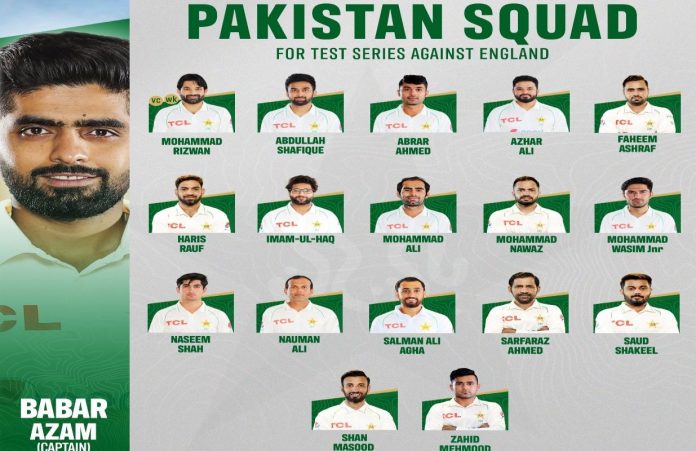 LAHORE: Pakistan paceman Shaheen Shah Afridi has been ruled out of the three-match Test series against England as he underwent appendicitis surgery on Sunday which requires three-four weeks’ rest.

There are four changes in the squad from Pakistan’s last Test assignment, which was in Sri Lanka. The four players who are not part of the side are Shaheen Shah Afridi, Hasan Ali, Fawad Alam and Yasir Shah.

Pakistan Cricket Board (PCB) Chief Selector Muhammad Wasim confirmed the 18-player squad during a press conference at Gaddafi Stadium as Pakistan prepares for the upcoming series.

“I want to congratulate all the players who have been selected for the historic Test series against England. We have selected this 18-man squad keeping in mind the form of the players, the conditions and the opposition,” said Muhammad Wasim.

“This series has provided opportunities to Abrar Ahmed, Mohammad Ali, Mohammad Wasim Jnr and Zahid Mehmood. Abrar has been on the radar since his debut first-class season in 2020-21. He is in outstanding form this season, so it makes sense to make him available to Babar Azam so he can use the confidence and talent of this youngster in the upcoming series,” he added.

Wasim further added, “We have boosted our fast bowling stocks with the best available talent”.

“I am confident that this team will ensure that the upcoming Test series against England will end in the same manner as it did when they last toured Pakistan in 2005,” concluded PCB Chief Selector.

The three Tests are part of the International Cricket Council (ICC) World Test Championship and are scheduled to be played in Rawalpindi (1-5 December), Multan (9-13 December) and Karachi (17-21 December).

The upcoming series is Pakistan’s fifth – their last series will be the two Tests against New Zealand in December 2022 and January 2023.

These three Tests will be England’s final appearance in the second edition of the World Test Championship.