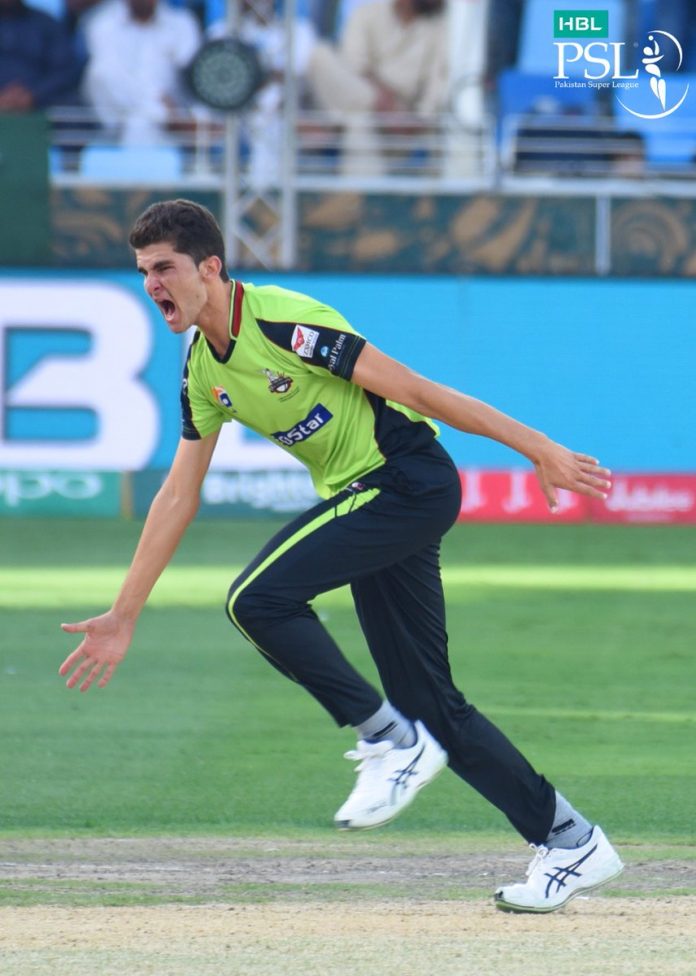 DUBAI: Lahore Qalandars finally broke their losing streak after defeating Multan Sultans by six wickets in the third edition of the Pakistan Super League (PSL) here at the Dubai International Cricket Stadium on Friday.
Chasing an easy target of 115, the Qalandars completed their first victory in the tournament with eight balls to spare.
Skipper Brandon McCullum steered the chase after the 17-year-old medium-pacer Shaheen Shah Afridi destroyed the batting powerhouse of the Sultans.
Displaying an extra-ordinary bowling performance, the teenager from Khyber Agency, captured five wickets for only four runs from 3.4 overs with one maiden.
This was one of the most economical five-fors in Twenty20 history.