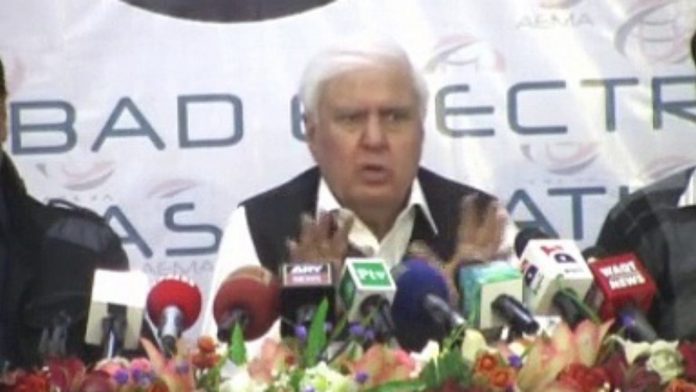 PESHAWAR: Chairman Qaumi Watan Party (QWP) Aftab Ahmad Khan Sherpao Sunday called upon the political parties and stakeholders to play role for the development of the recently merged tribal areas with Khyber Pakhtunkhwa.
He said that it was the need of the hour to value the immolation of tribal people by removing the sense of growing deprivation among them.
He said this while addressing a big gathering at Rahimabad PK-79 Kohat Road Peshawar.
QWP chief said that after the Fata-KP merger there was greater need to pay more attention to the neglected areas and put them on the path of development.
He demanded that handsome funds should be earmarked to change the lot of the locals. He asked all the political to reunify for the progress of the neglected formerly Fata areas to bring revolutionary changes in their socio-economic condition.
Sherpao expressed concerns over the new life of infamous and controversial issue of Kalabagh Dam, saying that the controversial issue would create problems at the federation.
He said that the provincial assemblies of the smaller provinces had passed resolutions against the controversies of the Kalabagh Dam, therefore this project was abandoned, due to lack national consensus.
He claimed that the smaller provinces had serious reservations over the controversial project.
He said that presently the country was facing serious issues and it was the need of the hour to address them.
He added that it was high time to focus on the Pakhtun’s issues and goodwill. He said that all the political parties and other stakeholders should set together to resolve the water issue in the country.
Earlier prominent political figures from Malakand Shah Wali Khan and Liaquat Khan announce their joining in QWP. – APP