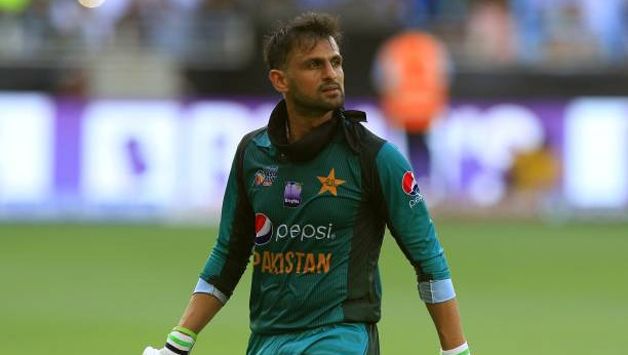 LAHORE: Pakistan all-rounder Shoaib Malik, who was in England with the national team to feature in the T20I and ODI series against the hosts has been granted leave and will return home.
He had requested the Pakistan Cricket Board (PCB) leave citing personal reasons and as a result, will be unavailable for 10 days.
Malik is also a part of the Pakistan World Cup 2019 squad and would’ve wanted to use this series to get used to the conditions there.
The team management has given leave to veteran all-rounder Shoaib Malik to return home in order to deal with a personal issue.
However, he is expected to rejoin the team in England in 10 days. “The PCB will not be making any further comments and fully expects all concerned to respect Shoaib’s privacy.”.
The Men in Green are scheduled to play one T20I and five ODIs against England starting Sunday, May 5. The series concludes on May 19 whereas Pakistan start their World Cup campaign against Windies on May 31 at Trent Bridge. Before that they also play a couple of warm-up matches against Afghanistan and Bangladesh.