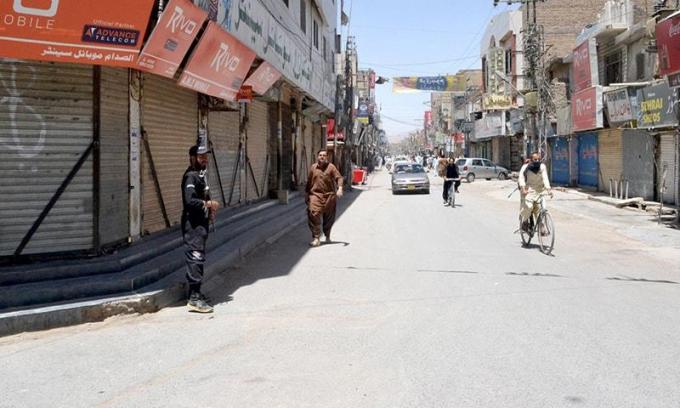 QUETTA: Shutter down strike in Quetta is being observed against various incidents of target killing.
The strike call has been given by Hazara democratic party and Balochistan Shia conference whereas National party, Pashtunkhwa Milli Awami Party (MAP), Pakistan Muslim League-Nawaz (PML-N), Pakistan Muslim League-Quaid (PML-Q) has announced to support the strike.
Markets are closed in the metropolis whereas traffic is also rare on the roads.
For maintaining law and order situation in the city, Frontier Corps (FC) and police officials are deployed in various areas.
Last night at least six people of Hazara community were killed in firing incident in Bacha Khan Chowk and one was killed at Fatima Jinnah road.
Protest by the families of the victims continued throughout the night.