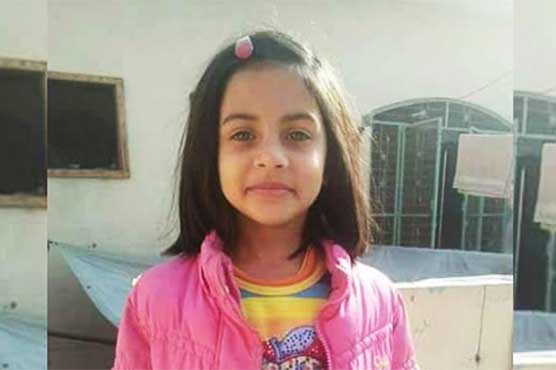 KASUR: A complete shutter down strike was observed in Kasur on Wednesday against the brutal murder of a seven-year-old girl after being allegedly raped.
The minor girl, Zainab, was kidnapped six days ago from Road Kot when her parents left for Saudi Arabia to perform Umrah. The girl was strangled to death after being raped. 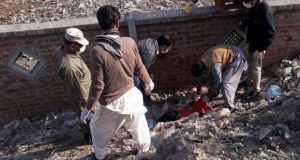 Police officers recovered Zainab’s body from a garbage heap near Zaki Ada whereas her funeral prayer will be offered after her parents will return to Pakistan from Saudi Arabia.
A First Investigation Report (FIR) has also been lodged against the assailants on the directives of Chief Minister of Punjab (CM) Shehbaz Sharif, who strongly condemned the heinous act and also expressed solidarity with the bereaved family.
Meanwhile, enraged lawyers boycotted judicial proceedings at district bar in protest and demanded early action into the matter.
Daughter of ex-prime minister Nawaz Sharif, Maryam Nawaz also took to social media and urged to ensure justice to Zainab by arresting the culprits.
It is to be mentioned here that as many as 12 children have been killed after rape in Kasur in one year whereas police officers have killed three people involved in such criminal activities.