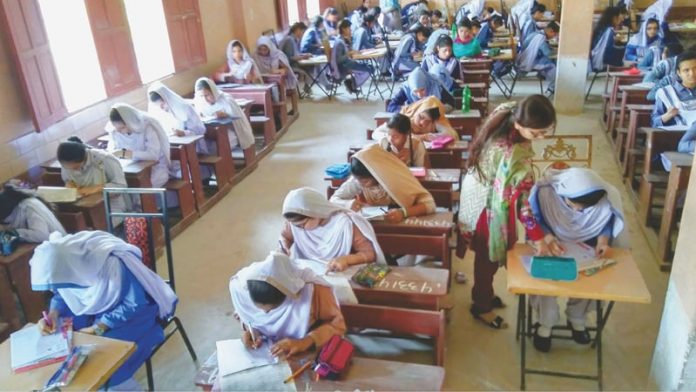 KARACHI: Following days of deliberation, the Sindh government on Thursday decided to cancel matriculation and intermediate examinations and promote students to the next year.
Sindh Education and Labour Minister Saeed Ghani said students will be promoted after amendments in the legislation. “The decision to cancel board exams will be announced after the meeting of the steering committee,” he said.
The minister ordered to prepare students’ data so that they do not face any difficulties pertaining to admissions in university.
On May 12, the provincial government had said that it would only promote students up to grade 8. The provincial education minister said the committee had decided to promote these students based on their performance of the previous year.
The minister had cited laws of the boards of examination as a reason for being unable to promote all students. He had added that the committee would consult the federal government pertaining to the exam schedule.
The province’s steering committee had before today held two meetings to decide the matter. However, both the meetings had ended inconclusively, adding to the confusion of thousands of students and their parents in the province.
An earlier meeting of the committee of chairmen of education boards was chaired by Education Secretary Khalid Haider Shah, while Secretary College Education Baqir Abbas and Secretary Universities and Boards Riazuddin were present.
Matriculation Board Karachi, Intermediate Board Karachi and Board of Matriculation and Intermediate Education Hyderabad chairmen were also present during the meeting.