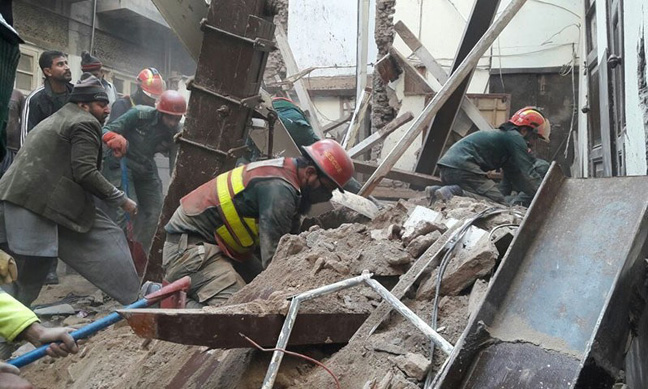 LAHORE: At least six members of a same family including two women lost their lives while four others sustained critical wounds a three-storey building collapsed in Lahore’s Bhati Chowk area on Saturday night.
According to rescue officials, the three-storey fragile building collapsed all of a sudden with a big bang in Mohalla Aslam Khan, Bhati Chowk area of the Walled City.
The deceased were identified as Shehzad, Shaheen Bibi, Qasim Ali and Farzana.
The injured, including two children namely Haseeb (6) and Areeb (3), and Khizar (40) and Nauf (15) were rushed to Mayo Hospital for medical attention.
The Rescue 1122 completed the operation using heavy machinery.