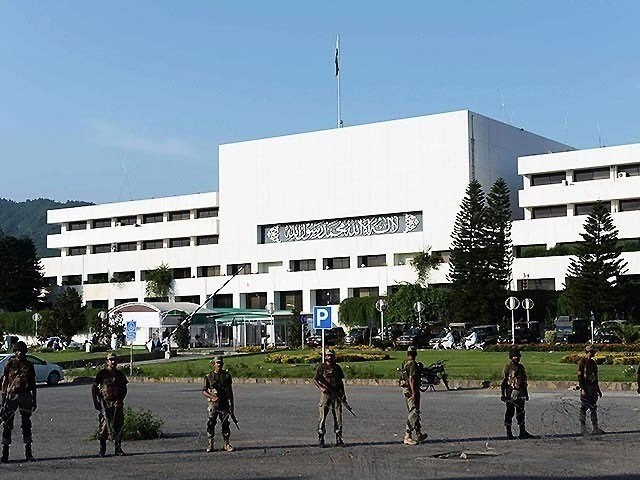 ISLAMABAD: As many as six high-profile political figures are facing terror threats ahead of General Elections 2018, officials of the National Counter Terrorism Authority (NACTA) told Senate Standing Committee on Interior on Tuesday.
At least 12 terror alerts were passed on to the NACTA by country’s premier spy agencies Inter-Service Intelligence (ISI) and Intelligence Bureau (IB).
The counter-terrorism body has forwarded information pertaining to terror alerts to interior ministry, all provincial interim set ups and all IGs.
As per details acquired, Joint Intelligence Directorate will take feedback on these alerts.
DIG Security informed committee’s members that out of 129 contestants vying elections from Islamabad, only Pakistan Tehreek-e-Insaf (PTI) chief Imran Khan and former premier Shahid Khaqan Abbasi have been provided with security.
On the other hand, committee convener Senator Javed Abbasi expressed exasperation over absence of IGs in the huddle while warning them of adjournment motion.
“Interior secretary and IGs do not give importance to the committee. They [officials] resort to seek forgiveness if we table adjournment motion over such acts”, Abbasi was quoted as saying.
Later, the session was adjourned.