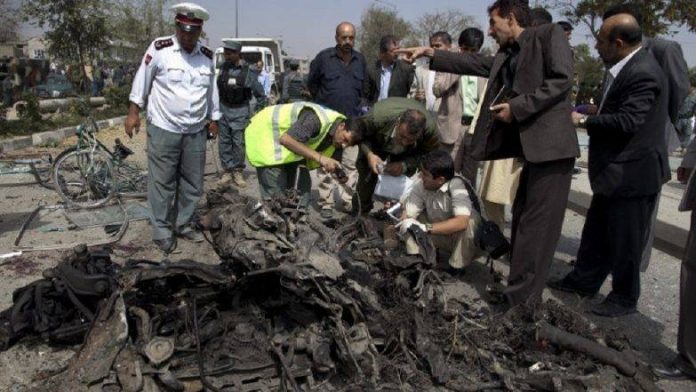 HERAT: A blast from explosives placed on a motorbike killed at least six people, including four children, and wounded nine other children in Herat province in western Afghanistan, a government official said.
The explosion happened near a mosque in Shindand district, said Jilani Farhad, a spokesman for Herat’s governor said.
Abdul Ahad Walizada, spokesman for the police chief of the western Herat province, said at least five civilians were killed by a remotely detonated bomb planted in a rickshaw.
Walizada said seven other civilians were wounded in Monday’s attack, which took place in a busy market.
No one immediately claimed the attack, but Walizada pointed to the Taliban, who are active in the area.
Afghan and US forces have ramped up air strikes and ground offensives against IS fighters in Jowzjan in recent months as the group seeks to expand its foothold in the country. …Agencies