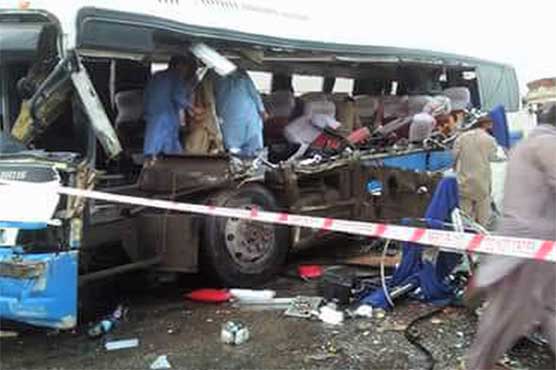 RAHIM YAR KHAN: At least six people were killed and nine others sustained severe wounds in a traffic mishap on National Highway in Rahim Yar Khan on Thursday.
According to reports, the accident took place when a speeding passenger bus collided with truck.
After the mishap, rescue teams and Punjab police arrived at the scene and shifted the victims to Sheikh Zayed Hospital.