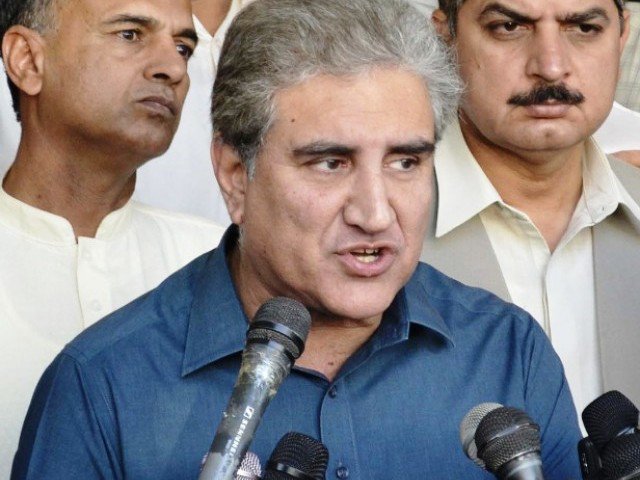 MULTAN: Foreign Minister Shah Mehmood Qureshi on Saturday said that a separate South Punjab province along with its secretariat will be established this year.
Speaking to the media in Multan, Qureshi said that a separate Public Service Commission will also be established for the proposed province. “We have sought support from the opposition for the creation of Southern Punjab province,” he said.
The foreign minister added that the Pakistan Tehreek-e-Insaaf government believes in the rule of law.
Regarding National Accountability Bureau’s recent crackdown against politicians, Qureshi said that all of the accountability watchdogs’ cases were filed during the tenure of previous governments.
Qureshi continued that politics of confrontation is not the government’s policy and that they are just implementing the decisions of courts. “Prime Minister Imran Khan believes in the supremacy of law and he even appeared in the unjustified helicopter case.”
Responding to a question regarding the economy, FM Qureshi said Saudi Arabia, UAE and China are cooperating with Pakistan for the revival of the economy due to the sincere efforts and effective foreign policy.
He further said a delegation of Malaysian investors including Prime Minister Mahathir Muhammad will visit Pakistan on January 23.
PM Imran will visit Qatar on January 22 to further solidify bilateral relations between the two countries, he added. “Qatar has announced to provide one hundred thousand jobs to Pakistani people,” Qureshi said.