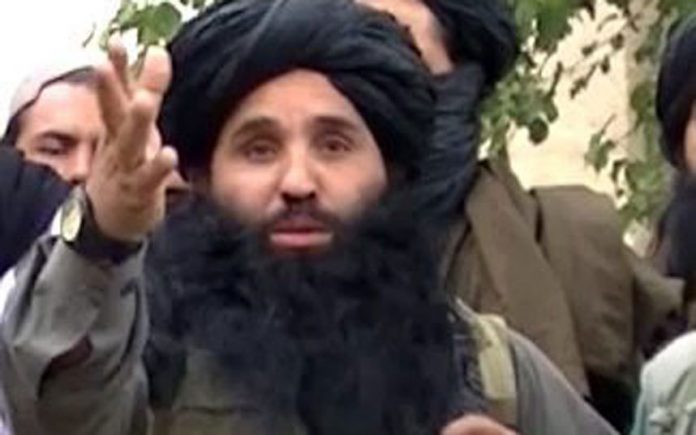 WASHINGTON: The U.S. State Department said on Thursday that it is offering a $5 million reward for information on Mullah Fazlullah, the chief of Tehreek-e-Taliban Pakistani (TTP), whose men shot Malala Yousafzai, the Nobel Peace Prize laureate.
It said in a statement that it also is offering rewards of $3 million each for information on Abdul Wali, the head of a TTP affiliate, and Mangal Bagh, the leader of an allied militant group accused of attacking NATO convoys.
The State Department announcement came as Pakistani Foreign Secretary Tamina Janjua visited Washington for talks with U.S. officials that were expected to focus on improving counter-terrorism cooperation and on U.S. President Donald Trump’s strategy for ending the war in Afghanistan.
Washington and Kabul accuse Pakistan of harboring Afghan Taliban and fighters of the allied Haqqani network, a charge that Islamabad denies. Islamabad charges that the Pakistani Taliban maintain sanctuaries in Afghanistan.
U.S. President Donald Trump in January suspended around $2 billion in security assistance to Pakistan, charging that it failed to crackdown on the Afghan Taliban and Haqqani network.
In its statement, the State Department said it is offering the rewards for information on the three militant leaders because they pose threats to Pakistan, as well as U.S.-led coalition troops in Afghanistan.
The TTP also has threatened attacks against the U.S. homeland, it said. The group claimed responsibility for a failed May 2010 bomb attack in New York City’s Times Square.
The numerous strikes claimed by the group in Pakistan include the October 2012 attempted murder of Yousafzai, then an 11-year-old who advocated education for girls. She received the 2014 Nobel Peace Prize.
Wali is the leader of a TTP affiliate called Jamaat ul-Ahrar, or JUA, which has struck civilians, religious minorities, military personnel and law enforcement officials and killed two local employees of the U.S. Consulate in Peshawar in March 2016, the State Department said.
Mangal Bagh, the department said, leads Lashkar-i-Islam, a TTP ally involved in drug trafficking, smuggling and extorting “taxes” on trade between Pakistan and Afghanistan. The group also has attacked NATO supply convoys plying between Afghanistan and Pakistan’s port of Karachi, it said.
“Each of these individuals is believed to have committed, or to pose a significant risk of committing, acts of terrorism that threaten the security of the United States and its nationals,” the department said. – Reuters