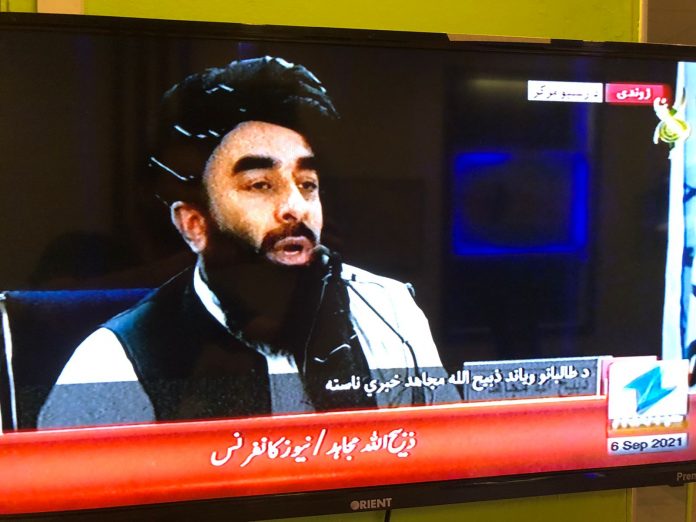 KABUL: Taliban spokesperson Zabihullah Mujahid said the group has taken complete control of the Panjshir province, after intense clashes between the group and National Resistance Front (NRF) broke out over the last couple of days in the contested valley. However, the claim was contested by the resistance forces in Panjshir, who said that reports of the Taliban taking complete control of the restive valley were untrue.

“NRF forces are stationed at all key positions on the valley to continue the battle,” said the resistance forces. “The struggle for justice, freedom will continue against the Taliban and their partners.”

AFP adds: The last anti-Taliban forces in Afghanistan have acknowledged suffering major battlefield losses and called for a ceasefire, as the top US diplomat flew to Qatar to try and handle the chaotic aftermath of the American withdrawal.

Following their lightning-fast rout of Afghanistan’s army last month — and celebrations Monday when the last US troops flew out after 20 years of war — the Taliban are seeking to crush the forces defending the mountainous Panjshir Valley.

The NRF proposed in a statement “that the Taliban stop its military operations in Panjshir… and withdraw its forces.

“In return, we will direct our forces to refrain from military action.”

The NRF includes local fighters loyal to Ahmad Massoud — the son of the famous anti-Soviet and anti-Taliban commander Ahmad Shah Massoud — as well as remnants of the Afghan military that retreated to the Panjshir Valley.

The group said separately in a tweet Sunday that spokesman Fahim Dashty — a well-known Afghan journalist — and General Abdul Wudod Zara had been killed in the latest fighting.

The NRF has vowed to fight the Taliban but also said it was willing to negotiate with the group. But initial contact did not lead to a breakthrough.